Well known for his talks, interviews, and books on UFO encounters, Jacques has earned a reputation as one of the most quoted people in the discussion on UFOs.

He is regularly quoted for pointing out the connecting patterns between ancient stories from the ANE (Ancient Near Eastern) stories of gods coming down and stealing women to the middle-ages concept and folklore regarding faires and changelings who would make deals and play tricks with humans.

His main conclusion, after dozens of years researching thousands of stories is that there is an intelligence behind UFO encounters, that UFO encounters are tightly tied to occult and religious experiences, and that these serve as a form of a control mechanism guiding human affairs.

“ Things were not so simple, though, when serious research was undertaken to uncover the real history of the phenomenon. The American press may have invented modern flying saucers, but there were historical analogues to the observations reported in the States. Isolated, marginal researchers like Charles Fort in New York had uncovered anomalous sightings by astronomers in records dating back to the 19th century; stories of celestial wonders could be found in the archives of medieval writers and even those of the Roman historians. ”

From Foreword, 2014 in Passport to Magonia: from Folklore to Flying Saucers

“ To summarize, then: the book you are about to read is an effort to provide systematic documentation and literary illustration of modern folklore in the perspective of ancient myths and traditional legendary material. ”

From Preface in Passport to Magonia: from Folklore to Flying Saucers

“ It is common belief that the term "flying saucer" was "made in America." ... Well, yes. But a farmer from Texas described a dark flying object as a "large saucer" as early as January, 1878... ”

From Chapter 1: The Age of the Gods in Passport to Magonia: from Folklore to Flying Saucers

“ The Japanese peasants had the disagreeable tendency to interpret the "signs from heaven" as strong indications that their revolts and demands against the feudal system or against foreign invaders were just, and as assurance that their rebellions would be crowned with success... For instance, on September 12, 1271, the famous priest Nichiren was about to be beheaded at Tatsunokuchi, Kamakura, when there appeared in the sky an object like a full moon, shiny and bright. Needless to say the officials panicked and the execution was not carried out. ”

From Chapter 1: Sorcerers from the Clouds in Passport to Magonia: from Folklore to Flying Saucers

“ What matters here is the link between certain unusual phenomena - observed or imagined - and the alternation of the witnesses' behavior. In other words, these accounts show that it is possible to affect the lives of many people by showing them displays that are beyond their comprehension, or by convincing them that they have observed such phenomena, or by keeping alive the belief that their destiny is somehow controlled by occult forces. ”

From Chapter 1: Sorcerer from the Clouds in Passport to Magonia: from Folklore to Flying Saucers

“ That there is the strange beings' peculiarly insistent desire to get hold of terrestrial objects: flora and fauna. The stories quoted in this connection verge on the ludicrous. But to pursue the investigation further leads to horror. This is a facet of the phenomenon we can no longer ignore...

To the well-known question that figures in almost every UFO questionnaire, "How was your attention called to the object?", one frequently finds the answer: "My dogs seemed terrified." "There was a commotion among the cattle." "All the dogs in the neighborhood started acting madly." ”

From Chapter 1: Angels or Devils in Passport to Magonia: from Folklore to Flying Saucers

“ In any case, it is important to understand what need these images fulfill, why this knowledge is both so exciting and so distressing to us. Such is the subject of this book. ”

From Chapter 1: Return of the Humanoids in Passport to Magonia: from Folklore to Flying Saucers
Recommended Media
Reviews of Books by Jacques Vallée 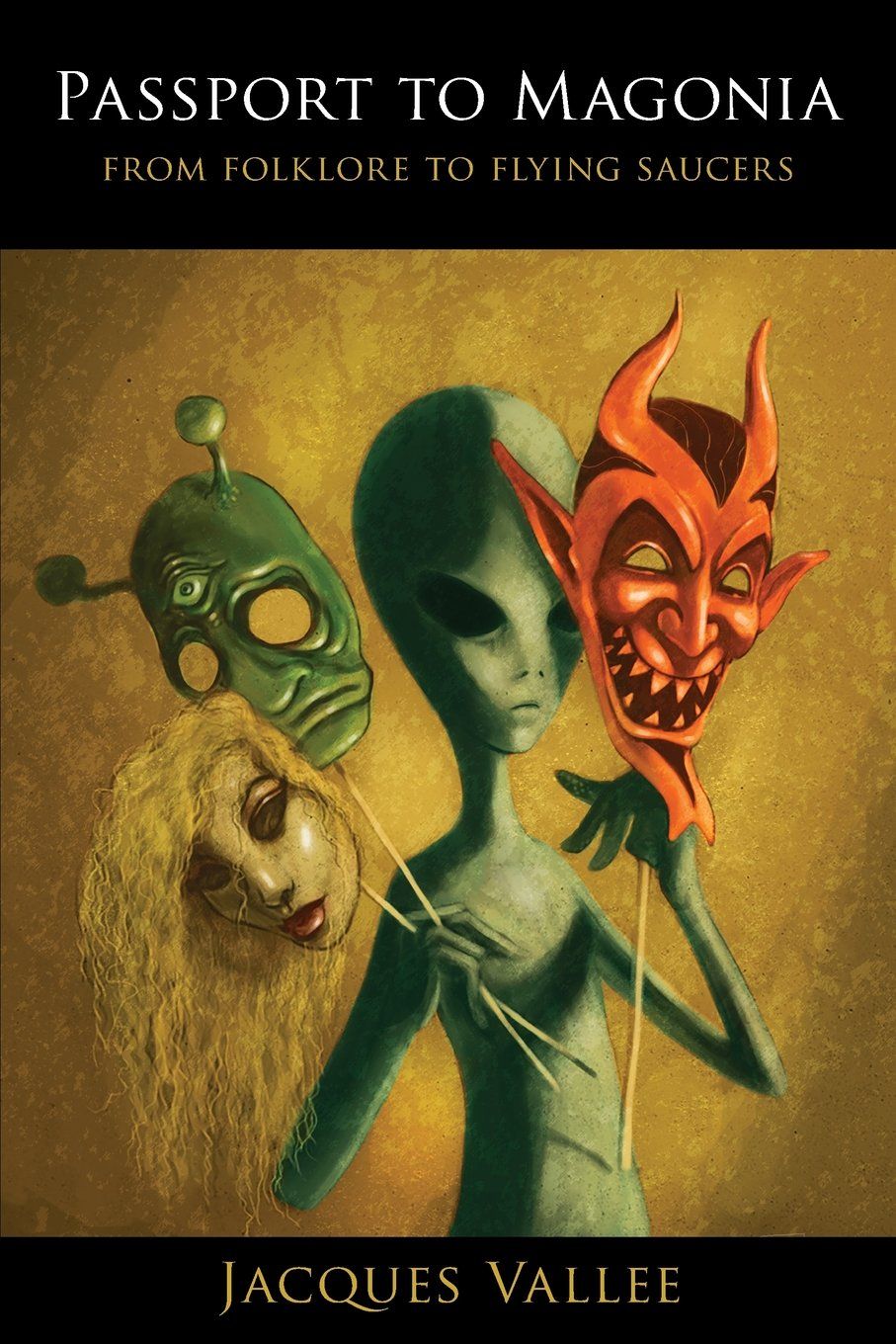 One of the earliest books exploring the connections between modern UFO phenomena, religion, the occult, and folklore.
Comments
No comments yet. Be the first to comment!