Howard Storm is an enigma. Like a lot of children back in the 50s, he attended church and heard the basics of the Christian good news of Jesus. But as he grew older, he walked away and eventually inspired by a professor in college he became a hardened atheist.

Firmly convinced there was no afterlife, he was in full panic when a ruptured stomach in 1985 promised to end his life. But in a unique twist, he has a near-death experience where he meets Jesus and his angels who give him a life-review and show him around the universe a bit.

The experience was so that when he was commanded to return to his body and live a life of love, he immediately turned his life around. He was now a Christian and desperately was seeking how to live a life worthy of what he had been shown. He even went to theology school and became a pastor.

Howard storm clearly has a love for all people, all faiths, and all Christian denominations. He is both flexible and open in his thinking while remaining steadfast to the study of the Bible and firmly convinced by the things he was shown.

Recently, Howard Storm released a new book called Befriend God: Life with Jesus. He has released a series of videos discussing where he discusses each chapter in the book and it is a solid outline of all his views on every topic from theology, Bible, UFOs, angels, redemption, heaven and hell, and more.

Reviews of Books by Howard Storm 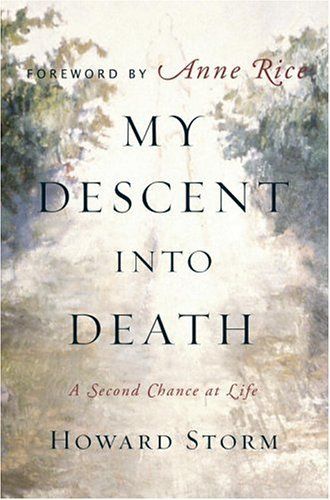 My Descent into Death: A Second Chance at Life
Topics:
Near death experiences
Christian

In this book, Howard Storm recounts his near death experience will dying from a ruptured stomach illness back in 1985. In the experience he encounters a hell from which Jesus rescues him and then a prolonged conversation occurs in which Jesus and his angels convince him to come back to earth to live a life of loving the "person he is with".
Comments
No comments yet. Be the first to comment!